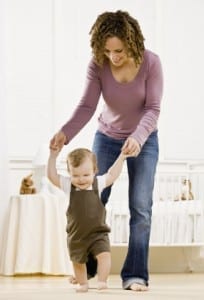 It’s common for parents to feel like sleep issues are behind them once their baby is sleeping well at night and taking restful naps during the day. Or, at the very least, many parents believe toddlers will outgrow some of their sleep issues (and they often can, but not always). Today, we begin talking about the sleep issues that may be plaguing your toddler and affecting your entire family.

After a survey of The Baby Sleep Site® readers, here are the four top issues that plague your toddler’s sleep and strategies to tackle them:

1. Why is my toddler waking early even before the sun?

It is common for young children to wake early. I look back and remember Saturday morning cartoons, probably designed mostly to keep young kids entertained, so their parents can sleep in! But, when your toddler is waking up even before the sun, that is much too early, wouldn’t you agree? I have clients whose child is waking as early as 4:30 a.m.! The most common “too early wake up” is between 5 and 6 a.m. Before I had kids, I was a morning person, but now anything before 7 a.m. seems just too early to get going playing dinosaurs, cars, or football (now that my son is almost five, sports are BIG!). Here are the primary reasons your toddler may be waking up much too early:

There are a few other reasons your toddler could be waking up too early, but these are the three main reasons.

2. When and How do I transition my toddler to one nap?

Toddlers transition to one nap anywhere from 10 months to 2 years old. The average age is 15 to 18 months. Keep in mind that once your toddler starts walking, he will physically get very tired. So, he may be on the verge of transitioning to one nap at 11 months, but starts walking at 12 months, and may need two naps, for a bit longer, for example.

When your toddler is ready for one nap, she will likely start skipping her afternoon nap. Many parents think it will be the morning nap, but, in my experience, it’s usually the afternoon nap for most toddlers. It will be very hard to get her down for this nap OR she will start taking too long to fall asleep and then sleep so late in the day that it’s difficult for her to fall asleep at bedtime. If you are okay with a later bedtime, you may opt to keep two naps and just move bedtime later. Another scenario is that she starts taking too long to fall asleep for her morning nap that it’s difficult to fit in another nap before bedtime.

Once you decide that it is definitely time to transition to one nap, start moving her morning nap later by 15 minutes per day until you are napping her roughly five hours after waking for the day and going to bed roughly five hours after waking from her nap. Make sure you keep bedtime EARLY because taking just one nap on one day is one thing, but over the course of 1-2 weeks toddlers start to get very tired and sleep can unravel pretty quickly.

3. When and how do I transition my toddler to a “big” bed?

Many parents believe that their 18-month or two year old is ready for a “big” bed, but the typical age to transition to a “big” bed is typically between three and four years old. The significant thing about a toddler being in a bed, as opposed to a crib, is the fact that there are imaginary boundaries. This can cause your toddler to feel uneasy and have difficulty staying in bed. It might just be much too tempting to get out of bed, once you can.

Realistically, though, there are some reasons that some younger toddlers need to move to beds. Perhaps a sibling is on the way and you need the crib for the baby or your toddler starts climbing out of the crib anyway or perhaps your toddler is wanting a new bed like her friend, older sibling, or just because. We transitioned both our boys, successfully, at about two years old. We needed the crib for the baby the first time and the second time was just because he seemed like he was getting too big for the crib and needed room.

Here are some tips to transitioning to a bed:

Once she fully transitions to one nap, that one nap will be 1-3 hours long, on average.

4. What time should bedtime be and how do I stop the stalling or bedtime battles?

For many toddlers, bedtime will remain between 6 and 8 p.m. just like when they were a baby. With the transitioning away from naps, this keeps bedtime earlier and he should still be getting between 10 and 12 hours of sleep every night. Sometimes, particularly in the summer, bedtime can get as late as 9 p.m. In general, bedtime should be between 4 & 5 hours after waking from his last nap.

Toddlers tend to stall and take their time during bedtime. Sometimes it’s intentional and sometimes they just get distracted due to their ultra-short attention spans. While the bedtime routine used to be a short 15-30 minutes when they were a baby, now bedtime routines start to take 30 minutes to an hour, sometimes. Plan accordingly. Rushing a toddler is no easy feat, so just start earlier.

If your toddler is stalling, make sure you build in any stall reasons into your routine. Needs another drink of water? Make it part of the routine and tell him when it’s the last one. Wants another book? Tell her ahead of time how many books you will read (teaching her math at the same time) and once that last book is read, don’t waiver. Be very consistent.

To reduce bedtime battles, first and foremost, make sure bedtime is not too early. A non-sleepy toddler is not going to welcome sleep. Secondly, toddlers are all about control and being independent. Give him choices and let him make decisions for a sense of control. Make sure you are okay with either choice: “Do you want to brush your teeth first or put on your pajamas?”

I hope these strategies to your 4 top toddler sleep issues have been helpful. Make sure you tune in to the Tele-seminar next Monday where I will review these topics again, in more detail, along with additional toddler sleep concepts such as how much sleep your toddler really needs, how bedtime routines change in toddlerhood, transitioning to non-napping, why your toddler may be still waking up in the middle of the night, bringing home a new baby, and more! Plus, there will be a live Q & A at the end. Happy Sleeping!

These sessions are now closed. If you want more information on helping your toddler sleep, please pick up our free e-Book titled Toddler Sleep Secrets: Getting Started.