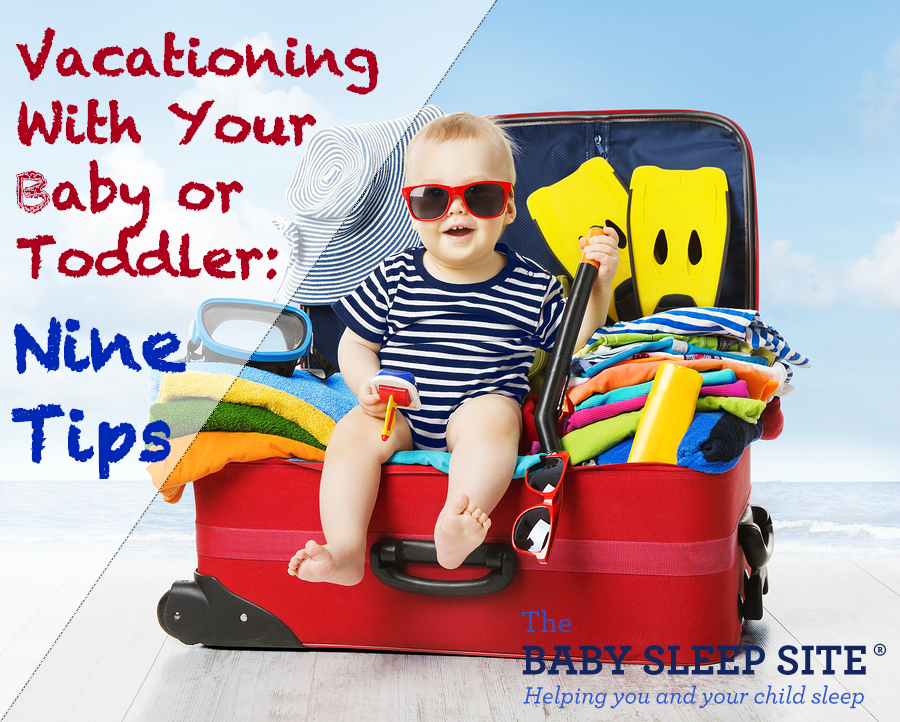 As you may know, an overtired child can ruin even the happiest of vacations in a snap. (Just visit Disney World and you’ll see what I mean….soooooo many crying and exhausted children in the Happiest Place on Earth!)

Now, keep in mind, your child’s sleep during vacation likely won’t be picture-perfect. You will have to make some sacrifices, and you can probably expect sleep that is a little more fragmented and disrupted than usual. But hey – I bet you’ll take that any day over non-existing sleep that leads to cranky overtiredness, right?

Vacation with Baby and/or Toddler: 9 Tips To Preserve Sleep AND Have Fun

Build in “lazy” breaks in the midst of your activities. You may be able to go-go-go, but your child likely cannot! As a general rule, plan for one big activity per day, or two smaller outings. But also be sure to schedule in some lazy mornings or afternoons (or even days, depending on how long your trip is) so that the whole family can sleep in, nap, and generally relax.

Need Baby and Toddler Sleep Help? We Have the Resources You Need!

If you are tired of wading through stacks of baby sleep books that just aren't working, if you are beyond exhausted and just can't solve your child's sleep problems on your own...then personalized sleep consulting is for you. We have been around since 2008 and invite you to tap into 10+ years of experience. Our team of expert consultants will create a Personalized Sleep Plan® just for your family and then support you through every step of implementing your plan. We encourage you to consider our personalized, one-on-one baby and toddler sleep consultation packages if you want to see real, meaningful results now. Your consultation package also includes ample follow-up help, designed to help you troubleshoot problems and tweak your plan as needed.

For those persistent nighttime struggles, check out The 3 Step System to Help Your Baby Sleep. Using the same unique approach and practical tools for success, this e-book helps you and your baby sleep through the night.

If you’re looking for ways to get your baby or toddler into a healthy sleeping routine during the day, I encourage you to explore Mastering Naps and Schedules, a comprehensive guide to napping routines, nap transitions, and all the other important “how-tos” of good baby sleep. With over 45 sample sleep schedules and planning worksheets, Mastering Naps and Schedules is a hands-on tool ideal for any parenting style.

For those persistent toddler sleep struggles, check out The 5 Step System to Help Your Toddler Sleep. Using the same unique approach and practical tools for success, this e-book helps you and your toddler sleep through the night and enjoy a better daytime schedule.